The arrest of over 100 people by Europol places investment scams on the center stage. Authorities are digging deeper into the rabbit hole of international call center operations that deceive victims into investing in fraudulent schemes. According to Europol, the arrest was carried out in tandem with law enforcement from Lithuania and Latvia, who coordinated raids on three premises belonging to the same criminal gang on March 24th and 25th, 2022.

The criminal organization had a force of 200 “traders”, all of whom spoke Hindi, Polish, English, and Russian. They were hired to phone potential victims, presenting them with fake investment opportunities in foreign currencies, cryptocurrencies, and other commodities. The amount of money stolen from victims is estimated to be over €3,000,000 per month, making this scam one of the biggest and most profitable operations to date.

Among the confiscated possessions were luxury automobiles, hard cash, and at least €95,000 in cryptocurrency, as well as identified and blocked bank accounts during the synchronized police operations. Following the raids, Europol published videographic evidence of the offices the now-defunct scam call centers.

Scams are not only done by dark web hackers but by other criminals as well. Scamming have always been a part of everyday life. From snake oil traders and tricksters in the old days, now to a person in a cubicle persuading gullible investors of riches with the right price paid.

Promises of huge investment returns, sometimes accompanied by a guarantee of no risk, as well as unconventional payment methods such as credit cards, wire transfers, and cryptocurrency, are all warning flags.

When these agents present investment opportunities that seem too good to be true and out of the blue, people need to look at the red flags.

Predating this sting was the US Federal Trade Commission report, which estimated that at least 95,000 Americans would fall prey to social media fraud in 2021 alone, resulting in a loss of $770 million dollars. In the UK, investigators estimated that investment scams would cost €426,000,000 in 2020.

Now, the problem is growing so large, with such a large influence on society that law enforcement all around the world can no longer ignore it. 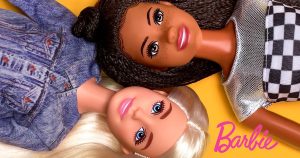