The Ukraine and Russia war is being waged on two fronts; on the ground with soldiers trading bullets, and online with cyber attacks carried out by dark web hackers that have joined the fight. There are those hackers that support Russia pitted against threat actors that are fighting alongside the Ukrainian people.

The Russian army continues its onslaught on Ukraine’s major cities killing more innocent people with a death toll of close to 400 civilians. Overnight 70 Ukrainian soldiers were killed when their military base was targeted by Russian soldiers. However, thus far, it is reported that over 5000 Russian soldiers have been killed or injured, as the Ukrainian soldiers put up a brave defense against the aggressors.

However, while the bitter war waged on the ground, Ukraine’s embassies in several different countries came under attack by dark web hackers. Meanwhile, the Russian media outlets that have been blasted as a propaganda machine had their fair share of ransomware attacks launched by hackers that support Ukraine.

The Conti ransomware hackers had warned that they’ve entered the war to help Russia, and have issued a stark warning that they will employ all hacking resources to defend the country. According to the ransomware gang, they are ready “to strike back at the critical infrastructures of an enemy.”

About Conti dark web hackers; this group is one of the most dominant ransomware threat actors, which have wreaked havoc on the industrial sector. In 2021, the infamous hackers launched ransomware breaches against 63 companies operating industrial control systems (ICS).

The hacking group’s main target is the manufacturing sector that they have continued to hijack with ransomware attacks. In addition, the Conti hackers are now the proud owner of the BazarBackdoor stealth malware created by the TrickBot gang.

The CoomingProject ransomware group may not be as prominent as the Conti ransomware gang, but they have also entered the war, fighting for the Russian government. Both groups of hackers seemed to be Russian threat actors that are ready to defend their country against imminent cyber attacks.

Ukraine’s team of loyal cyber fighters comes from the Anonymous global hacktivism group that has rallied against Russia’s invasion of the independent country. In addition, the Raidforums group has joined in the cyber security war against Russia, and in a surprise move has banned all Russian members from its forum.

From Ukraine; its underground hackers have joined the fight targeting Russian government entities, and other essential establishments such as banks and critical Russian infrastructure.

With the call for a cyber-espionage campaign against Russia, hackers around the globe can join to help Ukraine in its fight against this hostile war. To enroll in Ukraine’s IT Army, Yegor Aushev of Cyber Unit Technologies shared this application form. Volunteer hackers can be a part of the defensive, or offensive hacking teams.

According to Aushev, even Russian hackers have answered the call in support of Ukraine. Strange but true, dark web hackers from Vladimir Putin’s country have joined the war. Oh Yes – Russian hackers are fighting alongside the Ukrainian hackers. 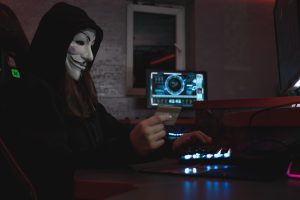